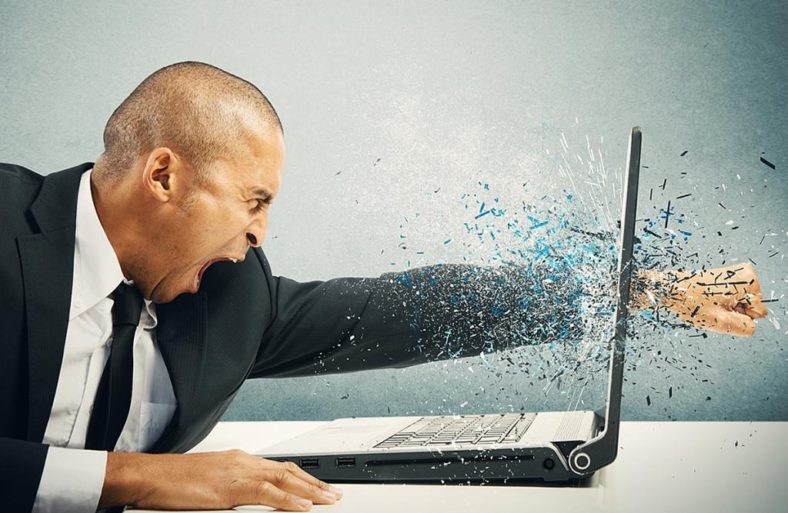 Why I Hated My Old Smart Home

I’ve had a smart home for over a year and learned a lot in that time. I’ve added devices, removed devices, and in the end have a nearly 100% different system than when I started.

I started with an Amazon Echo, a SmartThings hub, several Z-Wave light bulbs, and an ecobee 3 thermostat. Each of these devices was a great device to start with but I quickly outgrew them and have swamped them out for something better. The only thing which remained constant was the home security cameras which was directly linked to my phone so that I could view the live feed.

So why did I start with these devices, why did I change them, and what have I swapped them to?

The biggest change I made was to change my smart hub. SmartThings is great for beginners but has a few problems and concerns that added needless complication to the already complicated task of automating your home.

Simple automations, like turning on a light when motion is detected, is pretty simple with SmartThings, but once you want more complex interactions you quickly run into problems.

In my experience adding multi layered conditional logic can get needlessly complicated very quickly. If you wanted SmartThings to run your “bedtime” sequence and turn off all lights it’s simple to setup. But if you live in a house with multiple people you will be turning off lights that someone might be using. If you want the system to conditionally turn off lights based on who is home, or which rooms still have motion, or even if someone is using a Chromecast or Kodi or Plex then you start getting into trouble.

Another major reason I stopped using SmartThings was because of their supported devices and the ability to create and add your own devices.

The selection of smart devices is pretty good but with SmartThings (or any other cloud based home automation system) you’re limited by the devices they support. If you tech savvy and want to add more devices or even make your own, most of the time you’re out of luck. While SmartThings is better than most about letting you support your own device it’s still more complicated than it should be.

This means that SmartThings is always in control of your devices, sees all the actions you take, knows when you’re sleeping and when you’re awake, and ,depending on your actions and security, knows if you’ve been good or bad, so be good for SmartThings sake.

It also means that if someone gets access to your SmarThings account they have access to all of your smart devices without you knowing and if your internet goes down so do all of your automations and control.

I looked into systems that supported the types of automations that I wanted, supported the devices I wanted (or let me add support), and were installed locally and didn’t need a cloud connection.

After a lot of digging I found Home Assistant , an open source and free home automation system that can be installed locally. It supports almost any device you can think of (seriously they have some crazy device support), it allows for as complex of automations as you can think of, and it’s all installed locally and doesn’t need a cloud connection.

Home Assistant is amazing and I recommend it to all of my tech savvy friends who are interested in home automation.

Currently it’s has a higher learning curve than SmartThings but with each release I’ve seen the barrier to entry getting lower. Also, did I mention can be installed on a $35 Raspberry Pi, basically giving you a smart hub for $100 less than SmartThings.

The first device I swapped was my Amazon Echo. Echo was a fun toy for the first month but I couldn’t use it for anything serious. It’s knowledge base was so limited that I couldn’t ask it any real questions and each time I asked it a question I thought it might be able to answer it usually wasn’t able to. When it did answer it would get my question so wrong I was left face palming.

When Google announced the Google Home I was over the moon. I ordered it the first day I could and in November of last year I received it.

I received it! I finally received it!!! My #GoogleHome is here and it kicks @amazonecho ass is most ways, aside from having a web interface. pic.twitter.com/Ij2uWO3777

I instantly loved the device and bought a second for home and eventually a third for the office.

It’s been my go to voice assistant since, although I have experimented with the open source Mycroft.

I bought the smart light bulbs because they were cheap. They are also a great way to get started with home automation, but they make living with lighting a nightmare.

I’ve talked about this many times but home automation should’t add complexity to your life. If you have to change the way you live to conform to the technology you’re using then you’re using the wrong technology.

Trust me from experience, you don’t want to have to use your phone to turn on your lights. You want to use switches, like we’ve been using since electricity became part of every day life.

I eventually changed all of my light switches to smart switches so I could control them from Home Assistant, Google Assistant, my phone, automations, or just by switching them.

This also allows you to keep using any lighting that you want and not have to limit your selection to a certain size or shape. You sick with normal lights or you could cover a wall with LED strips and blind you and your guests when they arrive. As long as the lights are wired into a switch your imagination is the limit.

Trust me, don’t get smart bulbs, get smart switches.

So what am I left with?

« How to Explain Machine Learning to Customers The Best 3D Printer? »